Tools of the trade: About Warriors 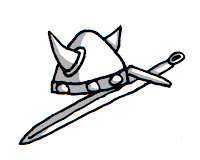 As it always is in fantasy roleplay, fighting types seems to rule at the start then kind of stagnate when higher levels are up. Here’s to them.

ABOUT OPPORTUNITY WEAPONS
Those “weapons” are more often associated with protection, for they are usually not used as primary weapons - if you have only one weapon, it won’t be one of those), and release their full potential more often as a reaction to the enemy’s attack than as primary attackers. They are used in conjunction with a primary weapon, and held in the off-hand (the hand that doesn’t hold the weapon), as shields are. As you can guess, you cannot use one if you have a 2-handed weapon, or if you have a shield.
Opportunity weapons produce an effect when an opponent misses his attack roll. The exact nature of the effect depends on the weapon, but it always targets said opponent, nothing else.

Net: Can be made of rope or metal strings. Can be used as a thrown weapon, or an opportunity weapon; it immobilises the opponent, until he succeeds on a roll HAB (TN9). When the opponent frees himself, there are 3/6 chances that the net is rendered unusable (2/6 if metal strings).

Main Gauche: Can be used as a primary weapon (counts as a knife) or a opportunity weapon; it gives you a riposte, which mean you can attack your attacker right now. This doesn’t prevent you from attacking on your turn, and when you are done, the combat turn resumes as usual.

Brise-lame: Can be used as a primary weapon (counts as an improvised knife), or as an opportunity weapon; it is used to disarm the opponent, so that he must finish the fight with his bare hands (or find an improvised weapon).

Dagger-fist: Can be used as a brawl weapon (pair, count as spiked fist with a “bleed” critical) or an opportunity weapon; it causes the opponent the “Bleed” effect. It is a dwarf weapon.

ABOUT SHIELDS
Shields are first hand protective items. Any hero with a minimum combat training can use them that way; bur a really trained fighter can do marvels with those.
We saw three types of shield already (shield and spiked shield in SFK, and tower shield in LARA). A fighter with the reserved skill “Shield training” (see “new skills" below) can also use them as opportunity weapon; shield and tower shield deal [damage reduction] damage and “stun” the opponent. Spiked shield already deals 1 damage, add to it the “Bleed” effect.
And this gives us the opportunity (ha-ha) to add one more type of shield:

Bocle: reduce damages taken in melee by 1 (doesn’t work on ranged attacks); as an opportunity weapon, either cause 1 damage and the “stun” effect, or opens the enemy’s guard, reducing his DEF by 4 until his next turn.

ABOUT COATS
Medieval literature informs us of the varied uses of a coat in combat; I’ll here detail the two most important (and adaptable to LARA that is).
If a hero wears a cape or coat, it can be rolled over the other arm to act as a makeshift shield; it will reduce damage by 1, but to a minimum total damage of 1, and if your opponent misses an attack, you can roll PHY (TN is 6 plus opponent ability) to try and disarm him.
A coat or cape can also be used as a opportunity weapon; the hero can immediately break from melee and move to free position. If used this way, the coat is “lost”, and can be recovered at the end of the fight, or in melee, as a thrown weapon.
At the end of any fight you used your coat one of these ways, you have (2/6 for leather, 4/6 for wool) chances that it is so mangled it cannot be used anymore.

ABOUT SKILLS
As a complement to those, here are new reserved skills for the Fighter:
Precise timing: After he rolled his initiative, the fighter can set it to any score he wants, with the one he rolled as a maximum.
Opportunist: The fighter is trained in the usage of opportunity weapons, and can also use their effect as his main critical if he so wishes. Note: riposte as a critical actually gives you a second attack after the first one.
Shield training: The fighter can use any shield as an opportunity weapon.
Offensive protection: Always inflict 1 damage when an opponent misses its attack. This comes on top of an eventual opportunity attack.
Dirty fighter: the hero’s fists are weapons of opportunity with a “stun” critical / effect.
Beefy: the hero can hold a single 2-handed weapon with one hand (he can have a shield or opportunity weapon in the other hand).
No comments:
Email ThisBlogThis!Share to TwitterShare to FacebookShare to Pinterest
Labels: Norynn, SFK, TOT
Newer Posts Older Posts Home
Subscribe to: Posts (Atom) 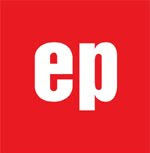